Gaetano D’Addazio was born in Penne in 1956, he obtained the diploma of Master of Art in 1975 and of the Maturity of Applied Art in 1977 at the Mario dei Fiori State Institute of Art in Penne, cradle of the artistic culture of  Penne , where he benefited from the meeting of masters and artistic teachers of value who formed him, leaving an indelible mark on his soul. He has obtained numerous awards in various national and international competitions, including “Il Capitolino d’Oro” in 2017 in Rome, from the Norman Academy in Los Angeles. He has exhibited his works, together with many other artists in numerous cities of Italy, always achieving flattering successes. Since 1969 he has been preparing and painting his own works, he lives in Tortoreto Lido (TE) where he has set up an artistic laboratory. 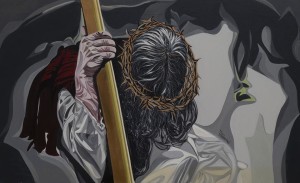